‘Makar Sankranti’ is a famous festival of Hindus. Makar Sankranti celebration is also known as the Uttrayan Festival. (Courtesy: Wikipedia). The festival befalls in the pleasant cold morning and light sun radiation of mid-January on 14th January every year.

Makar Sankranti Festival falls on the Saptami ( the seventh day ) of Paush month in the Shukla Paksha according to the Hindu calendar. It’s widely celebrated as the festival of the main harvest time in entire India and Nepal. This day is also considered an auspicious for taking a sacred bath in the holy rivers and to do charity. Sesame sweets are also distributed to poor people on Makar Sankranti.

Let us know some interesting facts about the Makar Sankranti

The significance of Makar Sankranti

Makar Sankranti celebration is mainly observed in the form of worshiping the Lord Sun. It’s believed that on this day the Sun leaves the Sagittarius zodiac sign and enters the Capricorn zodiac sign. This shifting is therefore termed as Sankranti, which means transmigration in English. Capricorn sign means Makar Rashi in Hindu astrology. Thus, this whole process of migration of Sun from Sagittarius to Capricorn is called Makar Sankranti. 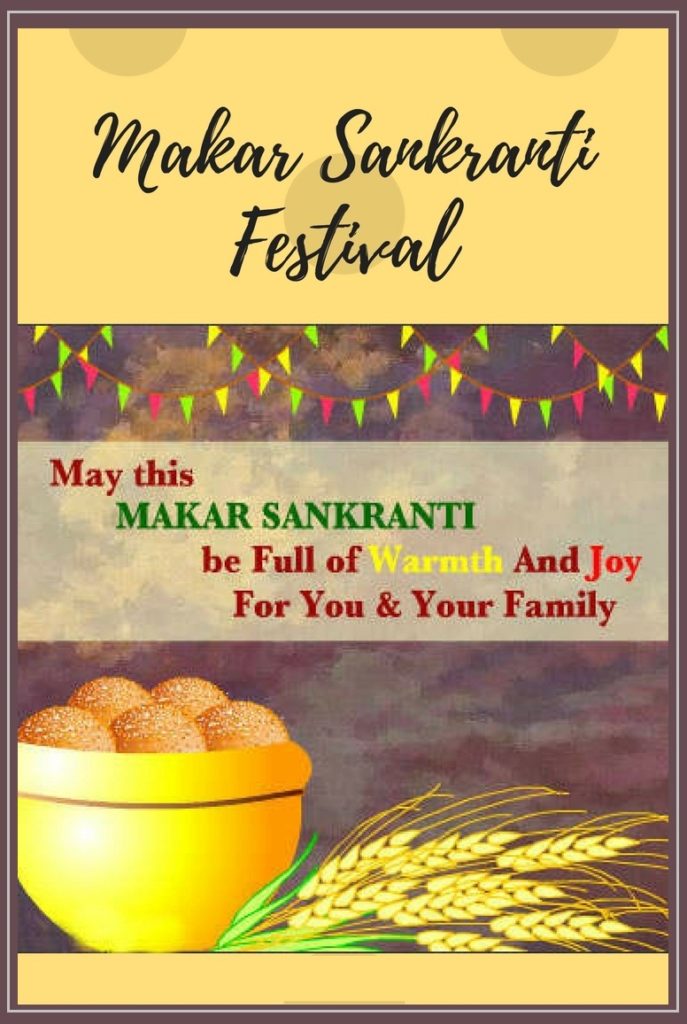 On this day, Sun begins to move towards the north direction. Therefore, for this reason, Makar Sankranti Festival is also known as Uttarayan or Uttrayana. Scientifically, with this transmigration, the length of the day starts increasing gradually and the length of the night begins to shorten. Makar Sankranti is also marked as the day of the beginning of the spring in our country India.

Some other facts related to Makar Sankranti Festival

According to Hindu mythology, on this day the sun goes to the house of his son Shani Dev (Saturn), who is the lord of Capricorn. From an astrological point of view, there is no harmony between the Sun and Saturn. That is why this day marks as proximity to the father-son relationship.

It’s said that on this day, Lord Vishnu had announced the end of the war with Madhu Katbhah. Lord Vishnu held the Mandar Mountain on the shoulder of Madhu and defeated him. Therefore, Lord Vishnu is also called Madhusudan from this day.

On the day of Makar Sankranti, River Ganga followed King Bhagirath and merge into the sea through Kapil Muni’s ashram. It is also said that Bhagirath to proffer peace to his ancestor’s souls had brought the river Ganges on the earth. Moreover, he performed all the last rituals to his ancestors on this same day. After accepting his rituals, River Ganga merged into the sea. Therefore, a fair is also held in Ganga Sagar on Makar Sankranti day.

It is also believed, that Goddess Durga had stepped into the earth on this same day to kill Mahishasur.

How is Makar Sankranti Festival Celebrated In India?

Makar Sankranti festival is also celebrated with great enthusiasm as an International Kite Flying festival in Gujarat. On this day people fly kites. A large number of colorful kite flying events are also organized in many places.

Due to the very low atmospheric temperature during the winter, our body is likely to catch infections and diseases. So, for this day people cook dishes made with jaggery like chikki, sesame laddu, undhiyu, kachariyu, etc. These dishes can provide warmth to the body in the cold weather. They have all the beneficial nutrients present which nourishes our body in winters.

Makar Sankranti is also signified as a ‘festival of charity’. The first bath of the Magh Mela starts from Makar Sankranti Festival and runs till the last bath of Shivaratri. It’s believed that on this day, the sun had left his anger and went to his son Shani’s house. This means the sun moved to Capricorn, his son’s ruled zodiac sign. Therefore, this day is marked as the day of happiness and prosperity. A lot of people also perform a sacred bath in the rivers and charity is also made.