In the traditional method of cooking sabudana vada, you’ve to soak sabudana in water for 6 hours or overnight. Next combine soaked sabudana with potatoes, green chilies, cumin seeds, to form fritters. These can be either deep-fried, shallow fry, or cooked in an air fryer. This sabudana vada recipe has a slight twist. They’re prepared with sweet potatoes instead of potatoes.

Sabudana is a well-known food item often called sago, sagu, Rabia, and tapioca. It’s an edible starch derived from the extracts of tropical palm trees roots and stems. They appear white and round tiny balls matching pearls. It was first produced in India in Salem, Tamil Nadu in around 1943 – 44. It’s cooked in a variety of ways and consumed during fasts. In India, it’s mostly used in cooking sabudana vada, khichdi, sabudana wafers, soup, and kheer.

Besides, sabudana can be a powerful cooling food to balance body heat. It can also boost energy, and reduce the chance of arthritis and osteoporosis. When mixed with olive oil, sabudana can promote hair growth, and also remove skin dryness. Sabudana when taken in moderation can also boost milk production in lactating mothers. 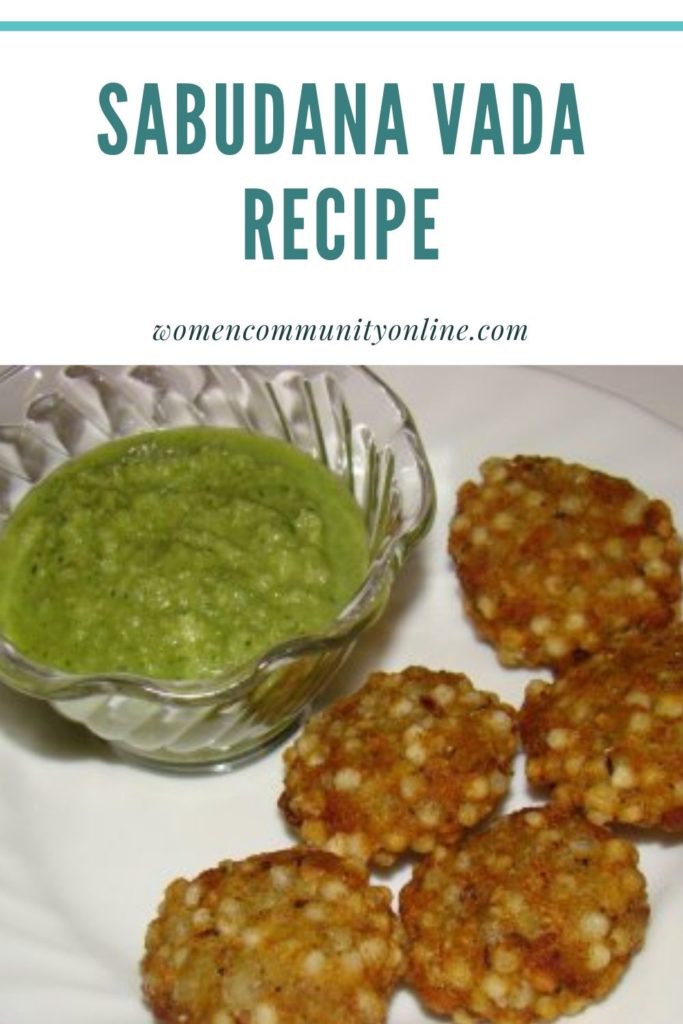 Green chutney is a perfect side to serve with sabudana vada, farali khichdi, or any farali recipe. This chutney also goes well with other nonfasting meals. Serve this green chutney with tikkas, sandwiches, dosa, dhokla, khaman, and fritters. This healthy green chutney can enhance the flavors of any snack.

Even though sabudana has several health benefits, take them in moderation. Always soak sabudana or steam them before cooking. Sabudana has high starch content, ideally used as a thickener in making soups. Diabetics should avoid eating Sabudana as it has a high glycaemic index and starch.