Sirisha Bandla, An Indian-American To Fly Into Space

Sirisha Bandla, the third Indian-origin woman after Kalpana Chawla & Sunita Williams,. is all set for her upcoming space mission Unity22. She will travel to the periphery of space with Richard Branson and four other crew members,. scheduled on July 11 from New Mexico carrying the full crew.

Who Is Sirisha Bandla? 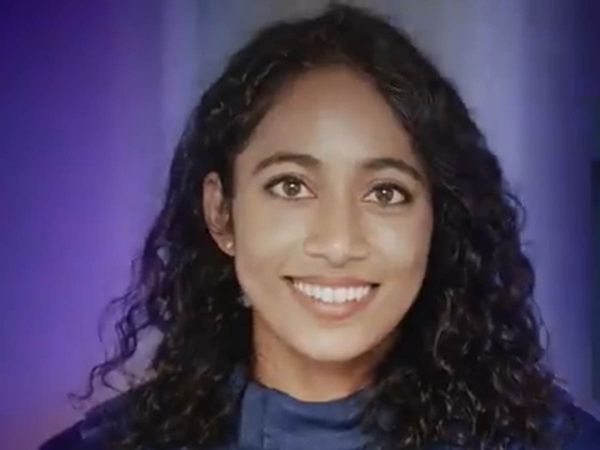 Meet Sirisha Bandla, an Indian-American to fly into space on Virgin Galactic spacecraft

Sirisha Bandla is an Indian-origin astronaut/aeronautical engineer who grew up in Houston, Texas. Sirisha was born in 1987. She hails from the Guntur district located in Andhra Pradesh India. Since her childhood, Sirisha’s source of inspiration was her grandfather Dr. Ragaiah Bandla, who is a retired scientist. Sirisha increased her curiosity about flying since her early years and wanted to become a pilot.

She finished her graduation in Aeronautical and Astronautical Engineering from world-renowned Purdue University. Later, she completed his MBA from George Washington University. After obtaining her MBA degree, Sirisha worked as an aerospace engineer and went in the space policy job. at the Commercial Spaceflight Federation. In 2015, after she joined the Virgin Galactic Company as public affairs manager, Sirisha Bandla never turned back and never left chasing her dreams. Sirisha is a Vice President of Government Affairs & Research at Virgin Galactic space company, and also handles the operations for Virgin Orbit in Washington.

Following the footsteps of Rakesh Sharma, Kalpana Chawla, and Sunita Williams, Sirisha of Indian origin, will be traveling to space in her upcoming space mission #Unity22. Sirish is going to be the third Indian woman and fourth Indian to travel to space.  Sirisha Bandla is the first Telugu woman to have achieved this feat. Sirisha Bandla is also a member of the Telugu Association of North America which is the oldest Indo-American organization in North America.

Richard Branson’s Virgin Galactic is a US-based space company that will begin its space mission Unity22 on 11 July from New Mexico. Richard Bresnan, the owner of Virgin Galactic who is also a famous businessman, is leaving for space along with five others. Sirisha Bandla is also going to be part of this mission who will be exploring researcher experience.

Virgin Galactic Company was formed in 2017 and provides launch services. This is going to be the fourth flight to space by the Virgin Galactic company. The space mission, Unity 22, will have 2 pilots, 4 mission specialists, including the founder of Virgin Galactic, Richard Branson.

Sirisha Bandla is the first Telugu woman to have this achievement.  This is the third time when a woman born in India, will undertake her glorious space journey.

Sirisha is one of those women who has glorified the name of her country. We wish her all success in all her missions and lots of good luck.