Manikarnika: The Queen of Jhansi

Manikarnika: The Queen of Jhansi is an Indian epic historical period drama, released on 25th January. The movie is released in 3700 screens worldwide in 50 countries and is well received by the viewers and critics.

Manikarnika: The Queen of Jhansi Story

Manikarnika: The Queen of Jhansi is an empowering story of one of the bravest and most inspiring women in Indian history. It brings the life of the legendary warrior Rani Laxmibai – The Queen of Jhansi, featuring actress Kangana in the title role. Actress Kangana Ranaut has delivered on screen the magnificence of Rani Laxmibai. Rani Laxmibai, who was the pioneer of the Indian freedom struggle and one of the most popular brave women freedom fighters of India.

The movie begins with the voice narration of Amitabh Bachchan, describing the story of India before Independence. The movie reveals how the wealth of India was drawn by the Britishers and how kingdoms were seized from the rulers.

Manikarnika: The Queen of Jhansi, depicts the life events of Manikarnika who was born in Bithoor, from her childhood to her fight for independence. Right from childhood, Manikarnika displays her selfless love for her nation. At a young age, she married the King of Jhansi, Gangadhar Rao. After her marriage, she was renamed as Rani Lakshmi Bai – the Queen of Jhansi. Her legendary journey as Rani Laxmibai begins after her husband’s death when the Britishers threatened to take away her kingdom. Rani Laxmibai tried to fend Jhansi (her kingdom) from being captured by the Britishers after the death of her husband. She also leads a grand battle against the East India Company. She fought heroically with bravery and courage against the Britishers till her last breath. The movie showcases how Rani Lakshmi Bai fought for her kingdom and her people, and eventually, became a heroic queen.

Kangana Ranaut’s performance is strong and energetic. She has fit in the mold of a legendary queen. She has delivered her character as a Queen effortlessly. Ankita Lokhande has given her best as Jhalkaribai, a woman soldier in Rani Laxmibai’s army, who played a major role in the Indian Rebellion of 1857. Both Kangana Ranaut and Ankita Lokhande exhibit the skill of plying their swords in the movie. The performances of other supporting actors like Kulbhushan Kharbanda, Suresh Oberoi, Danny Denzongpa, Jisshu Sengupta, and Atul Kulkarni, etc. are equally awesome. They have done justice to their characters. However, they didn’t have much screen time.

The first half of the movie is about Manikarnika’s wedding and other characters and their lives, while the second half is full of action. The second half of the movie is eminently praiseworthy for its powerful wartime action scenes. The cinematography and screenplay of the movie are also outstanding. K. V. Vijayendra Prasad has written the story and screenplay of the movie, who has also penned epic action movies like Baahubali. The music of the film is also good, which gives a patriotic feel. The dialogues and songs written by Prasoon Joshi are so good that they will give you goosebumps.

Overall, Manikarnika: The Queen of Jhansi is a must-watch on this Republic Day, as Kangana Ranaut has once again performed her best. She has done an excellent job both on-screen and as a director for her first fiction movie. The movie leaves you with the feeling of patriotism for the country and manages to hold you on your seats till the end. It will make you value the people, who formed Indian Independence and the future of our country. 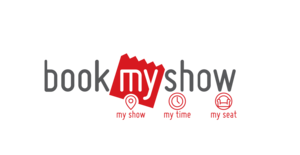