Home » Relationships » Women Issues » 30 And Single – Being Unmarried In India

30 And Single – Being Unmarried In India

I am in my early 30s and happily married for two years now. But I wonder, why women these days are choosing to stay single? I have got many female friends of the same age who are still unmarried. It’s not that they are against marriage, but they have yet not found their right partner. Most of them are financially stable and secure with a good job. I often wonder, how they’ve managed to stay single so far? Don’t they have family pressures? Also, I know it, how difficult it is for someone to stay single in Indian society and that too once you have crossed the age of 25. And if you’re 30 and single, then it becomes everyone’s business. People start sympathizing with you, and even ask you and your parents the same questions, ” When you are getting married? or ” When is your daughter getting married?

Honestly, being unmarried in Indian society is a miserable experience, especially for girls.

30 and Single – Being unmarried in India 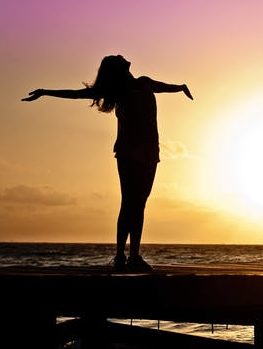 The identity and personality of a girl in India revolve around marriage. Since childhood, we’re told that we will have to get married and go into another family once we grow up. Whatever a girl is taught in her home by her parents, is only based on her future roles as a wife and daughter-in-law. She learns to cook, do household chores, behave well, and create the right image in front of everyone.

Girls always have the pressure of getting married once they have graduated. She is always asked when she will marry? All this is happening while she’s approaching her 30s. She’s even introduced to guys by her family and relatives, that she even can’t connect to, and hence, she refuses to settle. Some of the negative forces even come into action and start speaking ill about her character or even doubts her about being already in a relationship. In India, every unmarried woman has to face this almost every time especially if she’s 30 and single.

Have you ever looked at any matrimony website? You’ll see profiles of many grooms, in which they mention their ideal partner to be well educated, family-oriented, and domestic person. Rare are profiles who mention they don’t have a problem if their partner chooses to work after marriage. All want an educated wife, but they expect her to always choose her household before her career. Some are even not ready to accept those girls who are more educated than them.

Reason Why She chooses to stay single

These days, girls have stood out for themselves to chose a person who is suitable for them. Girls believe this should entirely be their own decision and not others to force. For this reason, many women chose to stay single waiting for their right match. They chose to make their careers first and become financially independent before settling down in life. Some women also choose to stay single because she’s the only child of her parents. And she’s worried about her parents. Or, she’s tormented or emotionally abused in her past relationship.

There are many examples of women who are over 30 and single. They chose to adopt a child, and raise them. The truth is that some women are making the selection to stay unmarried is because they believe that freedom and choices are actually of more importance. They don’t want to pursue their life at the cost of society’s or anyone’s approval. What’s most thrilling is that women are now changing the guidelines of the societies with their ambitions.

It is completely a person’s choice whether they chose to be in a relationship or stay single. But, having someone next to you, supporting in every thick and thin of your life always makes a great difference.

Vidisha Patel from Baroda Gujarat. I am a proud Feminist. I am a housewife, full of life and ambitious. I believe in living life the fullest and love to spread joy and happiness.